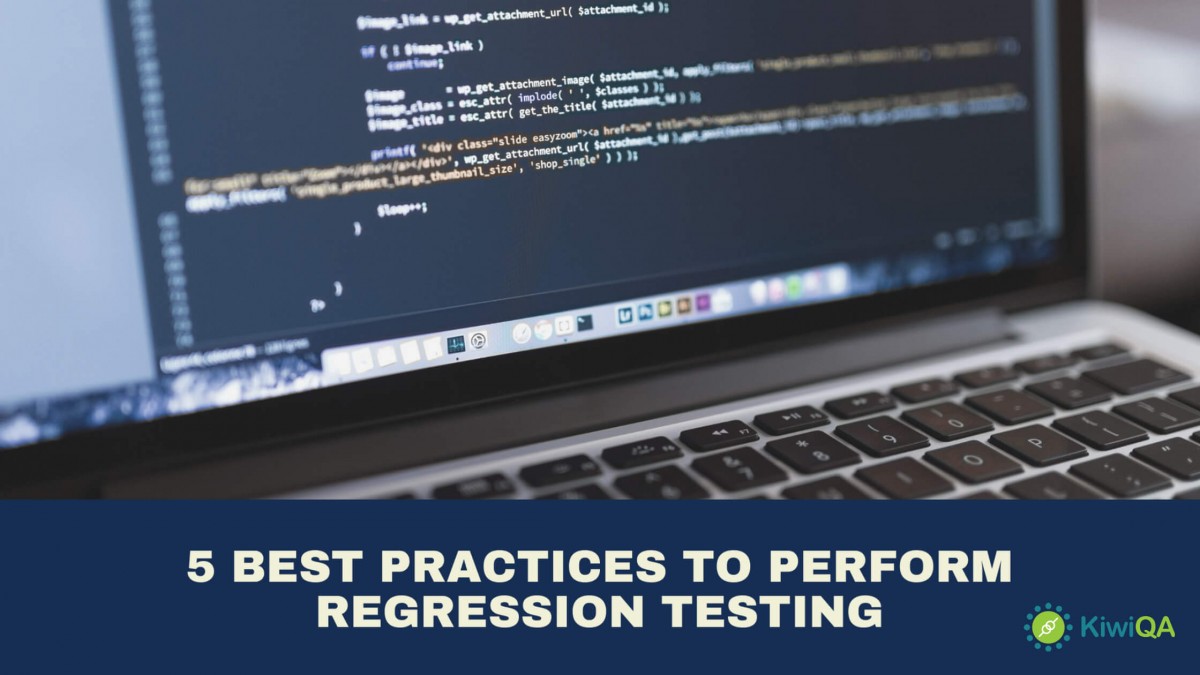 With the great popularity of the agile methodology, regression testing has taken the limelight and an added value. The majority of companies today outsource regression testing services and adopt an iterative, implement an agile approach to the software development process.

For instance, there are various SaaS service providers regularly updating new functionality or features with every single software update. To keep up the performance and ensure their end product remains unaffected by newly added features, these companies consult an eminent regression testing company. Regression testing is chiefly the effort made to confirm that a bug fix has been fixed correcting a code defect.

Regression testing is required for various reasons such as the following:

The regression test is a core part of the SDLC (software development lifecycle). While this type of testing is a fundamental component of the software tests process, there are several challenges it brings.

Regression testing can be time taking tasks making it even complex and arduous for QA tests to complete in a shorter time. This type of tests mainly includes tests done over and over again so that testers might not face any break or bugs while re-running tests.

The time-taking nature of regression tests makes them too costly. Due to the fact companies encounter budget constraints that force them to take calculated decisions concerning which test cases to execute. However, excluding regression testing can bring great risks by allowing the introduction of bugs that jeopardize business goals and taint the end-user experience.

As a result of various newly added functionalities and as products get updated, tests can become more complicated. Generating new test cases or adapting present ones to account for the present situation of a site’s or app’s functions can be a bit tricky task.

Regression tests check current product features are still functioning properly or not. Communicating the test’s value to non-technical leaders within any company can be often a hard task.

Mentioned below are some of the vital techniques. 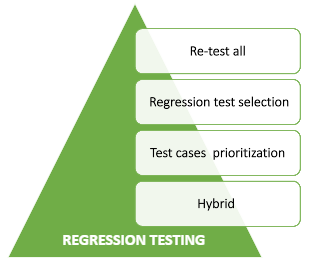 Regression testing needs to be done for each system code builds. However, automated regression tests can make the entire process much more easy and efficient and free up the QA testers to give effort on the complex case-specific tests. Once automated, they can be activated by the code control system each time build is formed. This will confirm that nothing has been transformed that undoes or fix some preceding feature. The commonest areas that necessitate automation in 99.99% of cases comprise:

Automated regression tests can be easily implemented overnight or in connection with the manual testing and hence free up the valuable resource. One of the key advantages to automate the regression tests is that manual testers can utilize the extra time to concentrate on exploratory tests of additional features and ensuring a better UX (user experience).

The regression pack is mainly a test cases’ compilation that is performed as new software gets updated. The scripted tests incorporated in a pack are formed with the prerequisite specifics of old versions of the software in mind. Testers can easily integrate Ad-hoc or random tests with the pack. Regression tests can be tedious and time-taking; the last thing you necessitate is to counts tests that ensure whether an old feature that has been eradicated is still working.

3. Give Extra Attention to Highly-Trafficked Paths

The methods of highly-trafficked are the most persistent and frequent use cases for an app. Such paths incorporate the crucial functionality and eminent features of the specific app. One must understand the core customers and the standard highlights, traits, and collaborations they are most reliant on. The effective regression tests pack is required to integrate tests that guarantee this core features is performing as it is supposed to.

4. Run a Full Regression Suite Only When Needed

It isn’t always obligatory to run the full regression suite for every single build. In case of a minor release, it is sensible to run or execute just the smoke tests, plus regression testing for any module that has altered. To keep this simpler, organizing the test cases in regression testing as per the module of the AUT covered by every test will make sense.  For instance, if the release comprises an alteration to the payment options accepted for an online shop, it is better to run regression testing for the payment procedure, but leave out regression tests for additional features like finding items and putting them in the cart.

Tests that have recognized bugs and glitches previously are worth to incorporate into your regression tests pack. On the flip hand, tests that the program passes are better candidates for authentic.

There is a variety of regression tests that help Regression Testing Company handle planning, preparation, coverage, and reporting. Using these effective testing tools allows the QA specialists team to accelerate the procedure and employ the best practices of regression tests.

As for the manual tests, the QA testers may also try some amazing tools like Jira Zephyr or Test Rail.

Some of the Examples of Regression Tests

Let us have a glance at the most popular regression tests example:

In a competitive market, the quality of services and products remain significant for business success. User satisfaction and approval are the greatest priority of any business as it’s mainly followed by brand trustworthiness and, thus, better profits. Undertaking regression testing services and opting the path of retesting, will verify that your software effectiveness will certainly lead to a massive ROI.

Looking for a partner to guarantee your products are updated and up-to-speed with the latest needs?  We are ready to help! With our adaptable and easy regression tests best practice, we can fine-tune rapidly to modified specifics and deliverables.