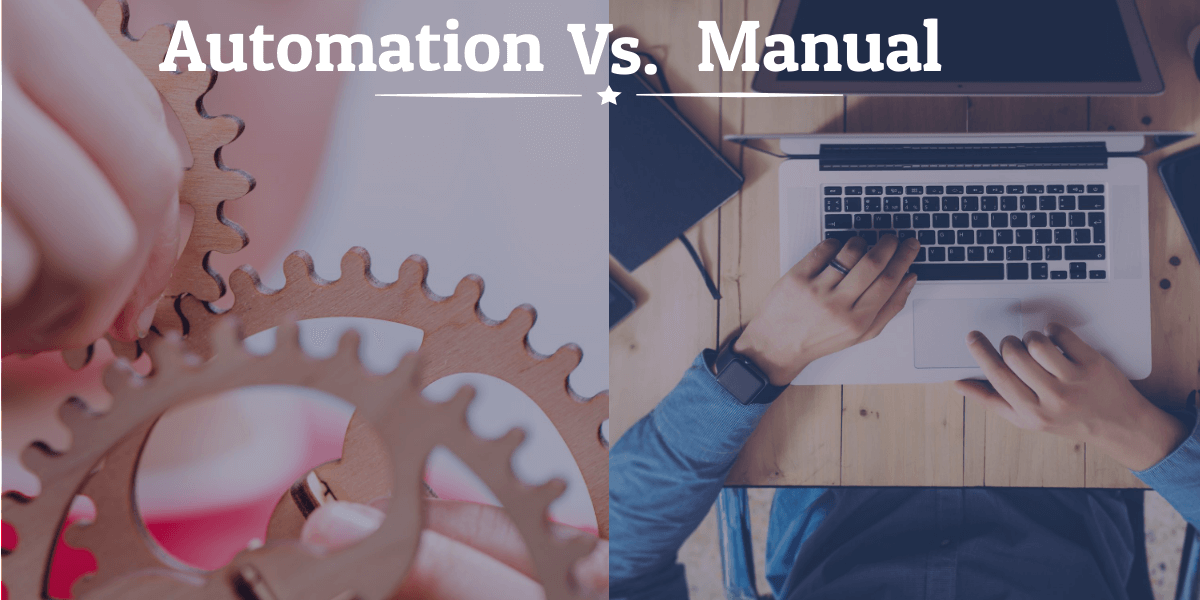 AutomatioSoftware product testing can be performed using two major approaches, namely, automation testing and manual testing. However, the test approach an organization adopts for a particular test job depends on many factors such as the requirements and capital. That being said, both automation, as well as manual testing, is important in testing software products.

None of them can be ignored or replaced. Each has its own specific need. In this article, we will discuss how automation testing and manual testing differ from each other. Both these test approaches vary from one another based on several factors. Here we will learn in-depth each of those factors and try to get a clearer picture of these major test approaches. So let’s get started with our topic.

What does “Automation Testing” mean?

In automation testing, the testers write test scripts for automating the execution of the test. The testers make use of relevant automation tools for developing test scripts as well as validating the software. Here, the objective is completing the test execution within a considerably less time duration. Test automation depends completely on the pre-written test cases that run automatically for making a comparison between the actual result and an expected result.

This aids in helping the testers in determining if a particular software application works as expected. Test automation helps the testers in executing repetitive tasks without the intervention of the manual testers. Although all the tasks are carried out automatically, test automation needs manual efforts of some level as well for creating the initial test scripts.

What does “Manual Testing” mean?

In manual testing, the test cases are manually executed by the QA analysts. This type of testing approach is carried out to detect the presence of bugs and errors in software applications under development. In this case, the testers examine every important feature of the software application.

There are many types of manual testing approaches. Some of them are listed below:

This approach is used for testing requirements and functionalities of a software system. It doesn’t test the system’s internal part.

This test method is based on the data related to the internal concepts of the code of an application. It is also called Glass box Testing. It works on the system’s internal code. The test cases generally depend on the coverage of the code statements, paths, branches, and conditions.

This testing method is used for testing specific components or modules of software. Unite the programmers generally perform testing as it requires in-depth knowledge about the internal code and design of the software.

This testing method is used for testing the joint functionality of a software application after integration. The components typically are individual applications, code modules, server and client applications, etc. Integration testing is mainly performed for distributed and client/server systems.

System testing is an approach to testing the entire software system.

Automation testing is faster in comparison to manual testing. The latter eats up a lot of time and requires human efforts as well.

Automation testing is more reliable because it is carried out by scripts and tools. Manual testing does not provide the required accuracy as it has rooms for human errors.

Using test automation, all the stakeholders can easily log in and check the results of test execution on the automated system. In manual testing, the results are recorded in Word or Excel and may not be available readily.

Also Read: 6 Most Powerful Strategies for Automation Testing You Must Know

With automation testing, the testers can perform various performance testing such as Stress Testing, Load Testing, and Spike Testing. However, the same cannot be performed in manual testing.

Manual testing is best suited for performing Usability testing, Adhoc testing, and exploratory testing. It is even used where AUT experiences frequent changes.

Both automation, as well as manual testing, is critical for releasing a superior quality software product to the market. Businesses need to explore and understand the full scope of each of these test methods to achieve complete usability.