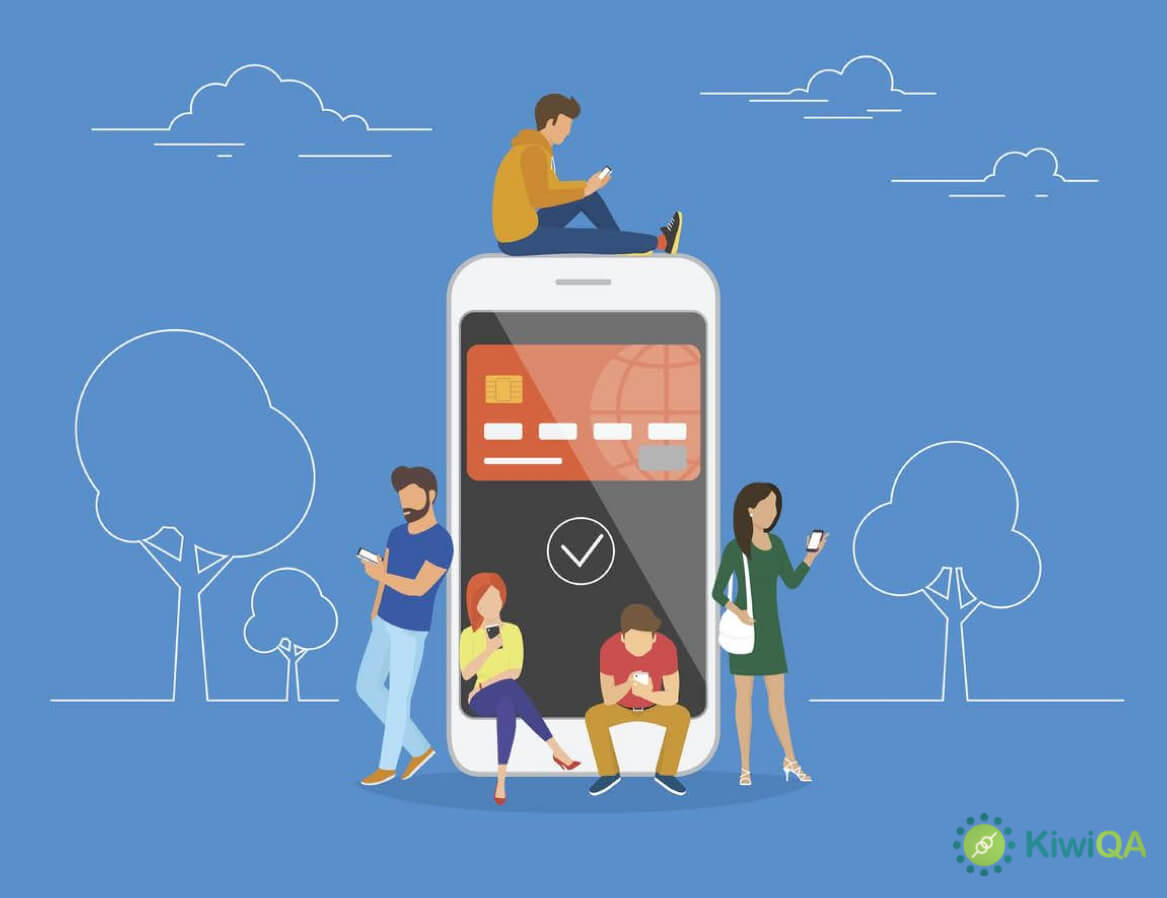 Smartphones have become an integral part of the consumer’s lives since it provides them with numerous options for online shopping, bill payments, digital entertainment, and more. As per Statista[1], the global smartphone user base is expected to reach 3.8 billion by 2021. It becomes imperative for businesses to focus on mobile web testing or web application testing on a high priority so that they do not miss out on the mobile-first consumers (or customers).

The outcome of software testing of mobile websites or apps largely depends on the Q&A practices followed during the test process. Web application testing company that comes with a world of Q&A expertise can be a huge value add in scenarios where the enterprise does not have in-house expertise on mobile web testing.

At KiwiQA, we have worked with a diverse set of customers on areas related to mobile web testing, mobile app testing, and more.

In this blog, we outline some of the best practices based on our experience of servicing clients on testing websites or apps for a mobile-first audience:

The intention of testing is to identify issues in the website or app and have the ‘priority’ issues fixed at the earliest. Manual testing is not suited for such cases as it will elongate the test process and attaining the ideal test coverage with this testing methodology is not possible.

To get the best out of the testing efforts, ideal set of tools should be chosen for automating the tests. Cross-platform automated testing lets you test the website or app across different combinations of devices (or emulators), browsers, and operating systems. This is the best way to ensure maximum test coverage and faster time-to-market for the web product.

The mobile device market is fragmented with a plethora of device manufacturers and devices available in the market. The mobile web or mobile app experience will vary from one device to another, as it is dependent on several parameters like hardware, software, OS version, network infrastructure, and more.

Considering the highly fragmented mobile devices market, investing in an in-house device farm may not be a feasible or scalable option. Also, testing on real devices is an absolute must for verifying the performance, user experience, and other web (or app) parameters that depend on the device configuration.

On the other hand, device emulators should be used for testing the UI/UX and interactions on the mobile website (or app). Since real users would use the website or app on mobile devices, emulators should be used for performing non-functional testing of mobile apps. Documentation testing, usability testing, compatibility testing, and recovery testing are some of the mobile application testing techniques addressing non-functional verification.

In a nutshell, mobile device emulators should be used during the initial days of web or app development. Throughout the product development phase, testing should be performed on real devices using the right device cloud. This strategy helps reduce the overhead costs of investing in an in-house device farm.

Mobile web or app testing is very much similar to the tests performed on desktops, except that the tests are performed on smaller form factors (i.e. mobiles or tablets). Hence, some of the best practices used in website testing should be carried forward to mobile web (or app) testing.

Always break the test scenarios into smaller units so that it becomes easier to maintain and upgrade the tests. The progress in product development will also result in the rise of test scenarios (or test cases).

It is recommended to write smaller atomic tests so that there is minimal or no dependency on the other test components. Having atomic tests also helps in reducing the maintenance efforts involved in scaling up the tests. Apart from this, smaller ‘atomic’ tests are easier to debug and do not impact the working of the other tests that are a part of the test suite.

In the previous point, we mentioned the importance of having ‘smaller atomic’ tests for minimizing the efforts and costs involved in test maintenance. When writing test methods, test data should be separated from the test implementation.

You can make use of POM (Page Object Model), a design pattern that lets the QA engineer separate the test’s data from the tests. Automation tests should be data-driven so that tests can be run against a range of input combinations.

The website or app load time is one of the key factors that impact the user experience. A few seconds of delay in the loading of an app can increase the bounce rate. As per a report, close to 53 percent of the visitors leave a website (or app) if it takes more than 3 seconds to load.

Load testing lets you test the app functionalities under varied load conditions. There is a wide range of open-source and proprietary load-testing tools, the most popular ones are Apache JMeter, WebLOAD, LoadNinja, NeoLoad, and LoadView.

Load and Performance testing should be taken up on a priority basis to ensure that the performance of the website (or app) is top-notch under conditions like throttling network conditions, heavy load, and more.

Apart from these best practices, it is essential to perform internationalization testing and localization testing for ensuring that the app’s content and UI are localized as per the user’s locale.

Mobile web testing or mobile app testing has become an integral part of the testing process. Automation tools like JMeter, LoadRunner, LoadNinja, etc. can be used for validating the performance of the app under varied load conditions.

Like the other forms of automation testing, it becomes important to take up mobile web testing on priority. A company like KiwiQA that specializes in providing web application testing services can help in expediting the activities related to mobile web (or app) testing.