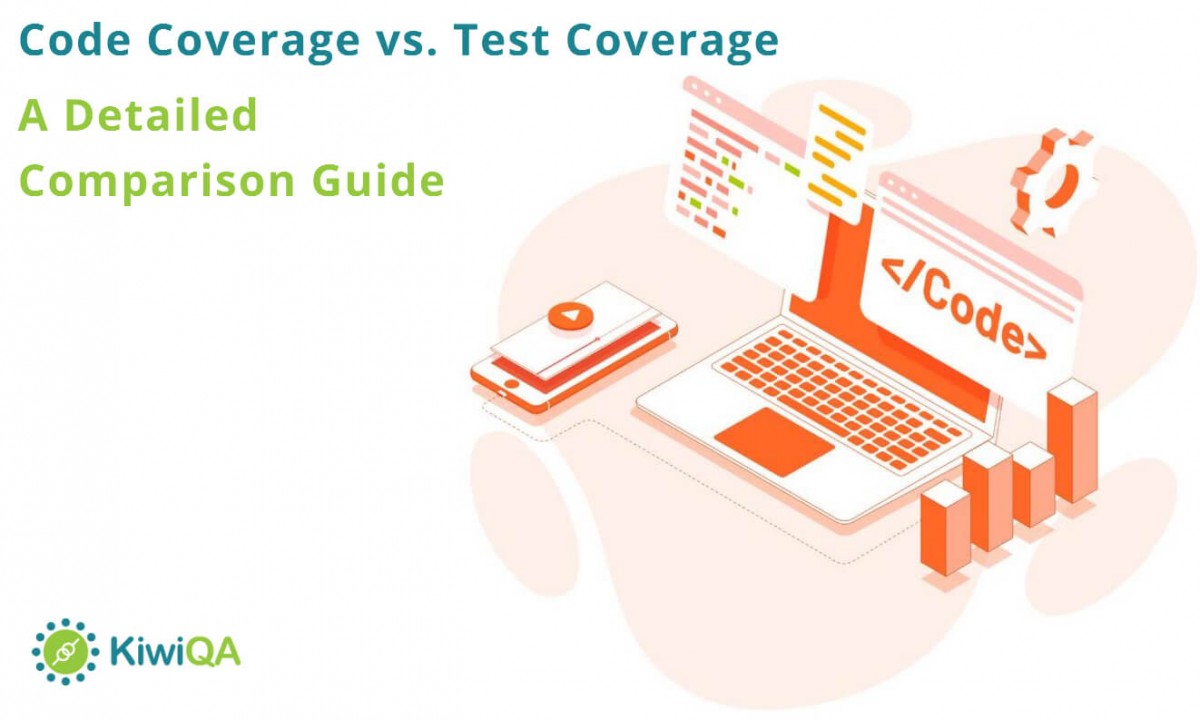 In this blog, we deep dive into code coverage and test coverage – the two measurement metrics that are extremely important for any software product. By the end of it, you would be in a position to differentiate between the two and use relevant mechanisms to improve the product quality.

What is Code Coverage

As the name indicates, code coverage indicates the percentage of code that is covered via testing (manual and automation). As a QA engineer, your constant endeavor will be to improve the test effectiveness. This is possible by improving code coverage so that exceptional quality tested code goes into the production state.

Untested code could result in quality issues. Hence, it is important to maximize the code coverage with 100% considered as the optimum coverage.

What is Test Coverage

The test encompasses different types of testing methodologies like usability testing responsive testing, cross-browser testing, and more. Test coverage is calculated based on the number of features covered by the test code.

More the features covered, better is the test coverage.

Unit tests are great and work well in testing the product features at a unit (or module) level. However, the code coverage will be calculated based on the tests used for verifying that unit of code. To improve the code coverage from a product standpoint, it becomes essential to solidify the test suite(s) that contain test scenarios for verifying different modules in the product.

Here are the prominent forms of code coverage:

Functional Coverage– The coverage is calculated at a function (or API level). The functions should be tested against different input combinations, including those that cover boundary-level conditions.

Line (or Statement) Coverage– This type of coverage is calculated based on the tests covering executable statements in the code.

Conditional Coverage– This tests whether different conditional statements in the code are covered using relevant test code. Example – Test created for verifying a switch…case statement should traverse all the conditions implemented under switch & case

Loop Coverage– This coverage ensures that all the loops implemented in the code are tested at least once. Loops that are triggered using runtime values also have to be tested for loop coverage.

In a nutshell, higher the code coverage, lesser are the chances of customers finding bugs in your product.

Any software product contains different blocks like UI/UX, middleware, back-end, etc. The number of blocks largely depends on the type and nature of the product. Irrespective of the complexity of the product architecture, it is imperative to test all the relevant blocks in the product.

Here are the prominent forms of test coverage:

Also Read: Jmeter Vs LoadRunner: Which One Is Better for Performance Testing?

Tests that are run to improve test coverage are primarily black box in nature. What this essentially means is that the tests are run keeping the features and functionalities in mind.

As a tester, you are not concerned about how the features are implemented internally in the product and the end goal is to simply verify the features of the product. The only downside of tests run to improve test coverage is that there is minimal (or no) scope of automation. Improving test coverage will require a significant investment on the resource front.

Since there is no definitive way to measure test coverage, it is left up to the competency of the tester and each tester might use a different approach to measure coverage.

You could improve test coverage of your product by utilizing software testing services from a company like KiwiQA that has experience working with a wide range of clients.