Why Automated Testing Is A Must for DevOps? 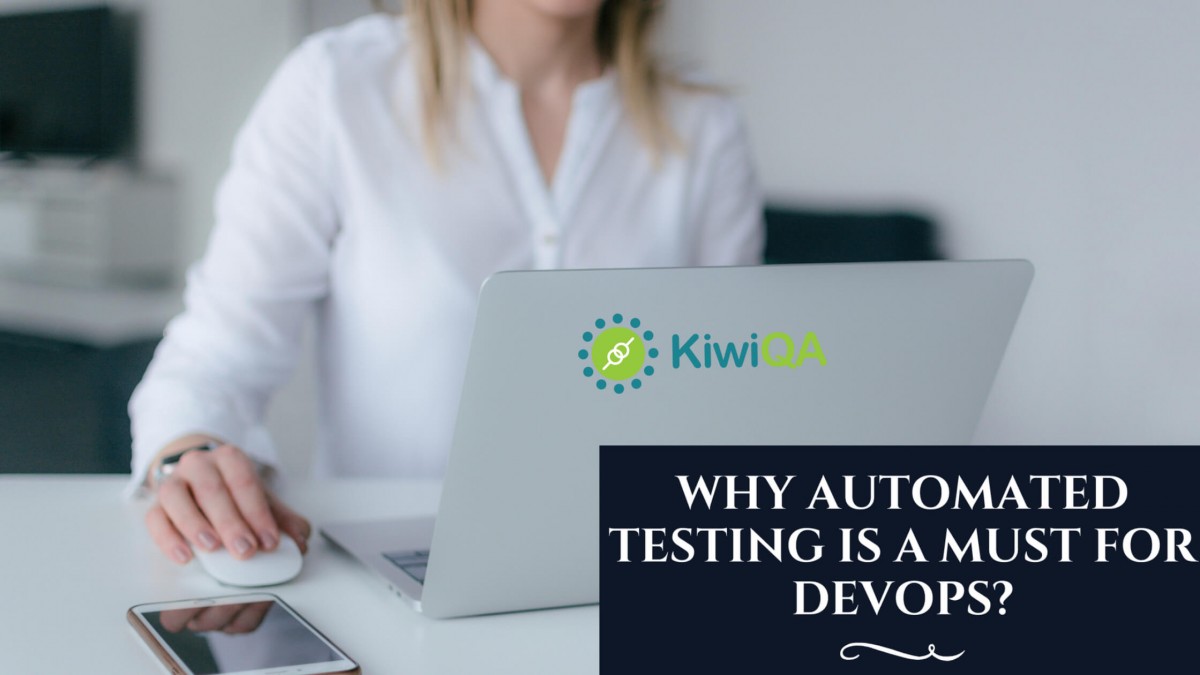 In today’s fast-paced world, companies all over the globe are DevOps driven processes deployment and methods to speed up project implementation and delivery. Besides, businesses are also recruiting automation testing company and reaping enormous profits by switching from conventional infrastructure management and software development processes to DevOps. Regression and Acceptance tests have often traditionally been manually exhaustive efforts, resulting in a slow-moving speed of production releases.

In DevOps, both the operations and development specialized group work collectively, to build up, test, and deploy superior-quality software. Software testing has turn out to be as an crucial part of the whole DevOps process and to attain agility and speed, it is significant to automate all the software testing procedures & configure them to automatically perform while the deployment is ended in the quality assurance environment. Powerful continuous integration tools and automated test tools are utilized to attain this integration. The building of a mature automated test framework is also necessary, through which one can rapidly script new test cases.

In a nutshell, Test automation is a boon to enterprises when it’s approached with the logical prospect for time, problems, and skills, it’s able to solve. However, why is it so significant for DevOps? As it is a huge additional effort and adds piles of code which requires to be managed later, right? Here are some of the core reasons why automated testing is crucial for the success of the DevOps process.

Automation endeavours take a great deal of consideration and planning to add value at the expected level. Most regularly than not the overhead of maintenance, particularly in CI/CD environs where tests are activated automatically and the tester needs to scrutinize the reports and fix locators, a duty that might take hours and may result in errors. Even the developers who are completely responsible to take the code to creation, then they will require tools for automating the process through infrastructure, tests, deploy phase, and monitor phase. This consistent framework allows hourly, weekly, and daily releases. Premier DevOps companies like Amazon and Netflix are said to deploy hundreds to 100s/ 1000s times each day.

Automated testing is often a matter of discussion that comes about before any work is completed as the automation itself. Testing ought to be the part of the conversation to primary programming periods up through the actual building of the software. These discussions guarantee the delivery team perfectly comprehends and figure out what the Product Owners or Stakeholders are searching for in the system behaviour.

When we come to the payroll debate: testers and developers might ask the PO to clear out how the system should handle circumstances such as inputs of 200 hrs worked every week. Such sort of discussions drives the whole team’s clearness of understanding, lessens errors, and considerably lower the quantity of rework included later.

2. Automated Testing Act As The Rescue

The easy way for supporting a rapid cadence of releases is to automate tests. Simply when you are using the unit test in the implementation you can be certain that a bug fix or refactoring doesn’t break something later. Only if you are using Webrat or any other testing tool to carry out the integration test can you afford to leave out the manual regression testing. Quick releases impel manual test attempts through the roof. Automate the significant section bit by bit and you will be prepared for CD (continuous deployment).

Automated testing can be executed by writing a test script on an automated test tool. At the time of development, the code is put through that script and scrutinized for anticipated results. Any divergence is noted down and examined for possible glitches or errors. Such type of process is way speedier than manual tests, where QA experts find recurring tests a daunting task and have a tendency to neglect errors.

Consistency in Quality Assurance means the software behaves on projected lines right through the delivery pipeline. Automated testing can validate the code for variables on varied phases and resolve the mistakes of human errors.

At a time when a major update is performed, some kinds of tests, like usability tests, are implemented manually. But, at the time when there are extra variables and the software requires to be examined across operating systems, browsers, devices, networks, and geographies then test automation takes the crown. It can work consistently and investigate for non-compliance or deviations.

In a robust CI/CD pipeline, it must be practicable to fine-tune tools, configurations, and frameworks, because new technology becomes accessible or requirements transform. Slogging it out with enormous manual tests makes it tough and daunting to be agile. It is dreadfully useless when the QA specialists have to hold back or postpone to rewrite or reconfigure test suites at times that the Continuous Integration or Deployment (CI/ CD) tool chain necessitate an update. With an enormous degree of automated testing in place, most of the re-configuration can be performed automatically.

The majority of product owners and stakeholders hardly ever know a thing about n-tier architectures, distributed caching systems or object-relational mappers. What the management folks in enterprises do know about is managing problem and risk; risk of building something that does not meet customer wants, the problem of not delivering product on time, the danger of price overruns because of gigantic rework necessitated by buggy software.

Automation testing can help POs and Stakeholders better deal with risk by handling and alleviating many of their worries early in the process. Besides, the price of transformation to a system is majorly controlled by test automation, so it is easy when a bug fix or feature improvement is required to be pressed to production.

How to Pick Out the Right DevOps Automated Testing Tool?

There is an immense number of choices when thinking about picking out the right test tools. The selection of tools by the QA team of Automation Testing Service Providers will influence how agile the DevOps process is. Just with the fitting test automation tool, QA specialists can get delivery at pace, which is the purpose for DevOps. The most significant and popular test automation tools count open-source tools like Selenium. However, it is significant to realize how these automation testing tools work before you spend your precious effort and time. A DevOps automated testing tool must:

In the arena of DevOps, test automation is far from optional. The worth it offers in the form of superior software quality and rapid speed of delivery makes it a crucial element of the software development pipeline. Because of this, DevOps specialists should build their expertise in the subject to be a precious member of their group. They need to master several continuous integrations and automated test tools so that the automation efforts add importance to the chain and are lean enough to rapidly adapt to changes. In short, the concept, in essence, would remain the same. Automation Testing is the core of a successful DevOps process and cycle.