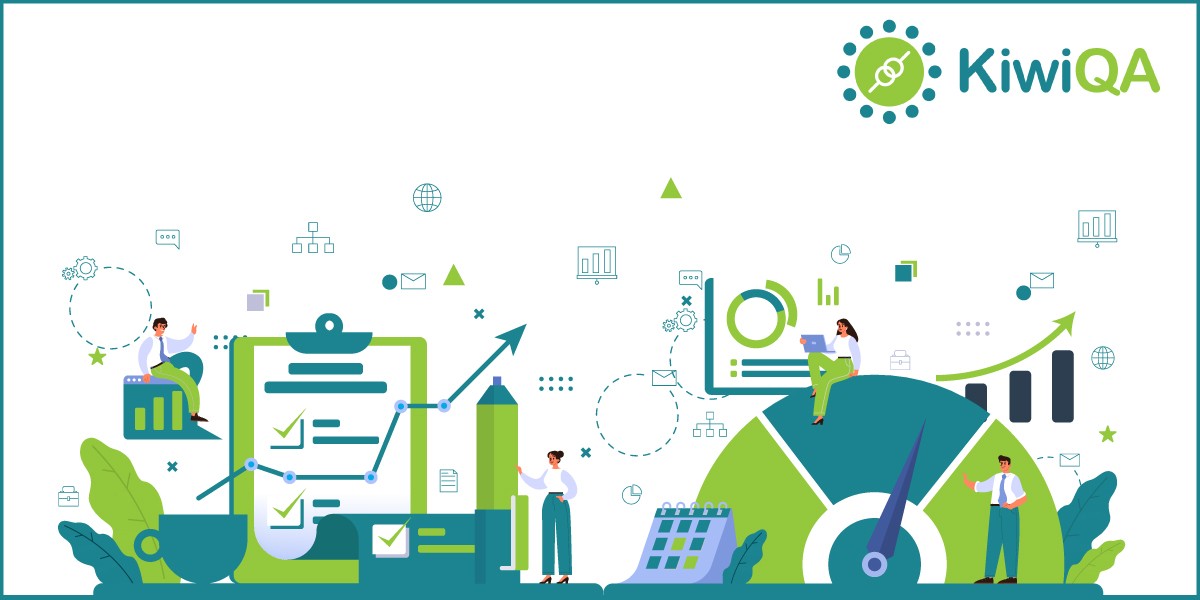 We are living in a digital-first era where consumers have an ample number of options at their perusal. As a website (or web app) owner, you have minimal time to showcase the uniqueness of your website (or web app). This makes page loading time important as it is an integral part of the user experience.

Lastly, a one-second page delay on an e-commerce website making $1,00,000/day could lose $2.5 million in sales every year. These numbers are sufficient to prove that scalability, reliability, and performance should be considered at a high priority when designing a website (or web application). These are some of the key metrics for effective performance testing.

Here are the major forms (or types) of performance testing:

As a product owner, you would want maximum traffic and activity happening on your website. To realize this requirement, you have to ensure that the website (or system) works under extreme stress conditions. For example, the performance numbers should not deteriorate irrespective of the number of concurrent users connected to the website (or system).

The primary objective of stress testing to verify the system’s behavior under high-stress conditions. It could be doubling down on the number of users or performing a large number of concurrent accesses to the database or connecting to a server that is located far away from where the site access is made. You could even check low memory and/or low CPU scenarios to validate the site’s performance.

The intent of stress tests is to gauge the website’s (or system’s) performance at different load (or stress) conditions. It helps to understand the load conditions under which the system’s performance starts to deteriorate.

Stress testing should be a part of your performance testing strategy, as it evaluates the data processing capabilities of the system. It also captures the system’s response to a high amount of traffic.

Load testing is realized by increasing the number of concurrent users accessing the application and monitoring the performance to check if the said requirements are met. These users perform a specific set of operations within the given time duration.

Load testing helps in figuring out whether there is any delay in the response times, especially when performing extremely critical transactions. Based on the results of load testing, corrective actions have to be taken by the respective teams to ensure that increase in the load does not result in performance bottlenecks.

Scalability testing (also referred to as Capacity Testing) helps in identifying a maximum number of users supported by the application software (or website), without exceeding the maximum page load time.

Scalability testing helps you identify the ‘peak zone’ that can be borne by the system under test without causing deterioration on the end-user experience.

Load Testing is primarily used for unearthing performance-related problems that occur over a short duration of time. However, a majority of commercial websites (or applications) are accessible to users on a 24/7 basis.

For example, customers have the flexibility to log on to e-commerce websites at any time of the day. Though the peak load might vary depending on the time of access, traffic (or load) is expected to grow multi-fold during the holiday (or sale) seasons.

This is where endurance tests (also referred to as Soak Tests) can help in uncovering performance problems that occur over a longer time duration. Some of them are mentioned below:

Endurance testing helps in identifying these performance degradations by applying constant load on the Application Under Test (AUT) for a longer time duration.

Spike tests help to evaluate whether the AUT can handle sudden increase (or spikes) in the load. The load could be a sudden rise in the number of concurrent users accessing the application. For example – In many sports tournaments, companies offer cashback(s) to consumers when app transactions are performed during a specified time duration.

This is when the company can expect a sudden increase in the volume (till the time the offer is active). The performance of the application should not hamper owing to the sudden spike in the incoming traffic.

This is where spike tests can be useful, as they help in checking whether the AUT is capable to handle dramatic changes in the load.

Flood testing is also referred to as volume testing. This category of performance test helps in evaluating the system’s performance when it comes to handling large volumes of data.

A close watch is kept on the application behavior and response time during the process of flood testing. Volume tests are critical for applications (or websites) that continually handle a large amount of data.

Partnering with a performance testing company like KiwiQA will help in unearthing performance issues at the earliest. It will further help in achieving essential performance-centric KPIs that are extremely important in today’s competitive business environment.